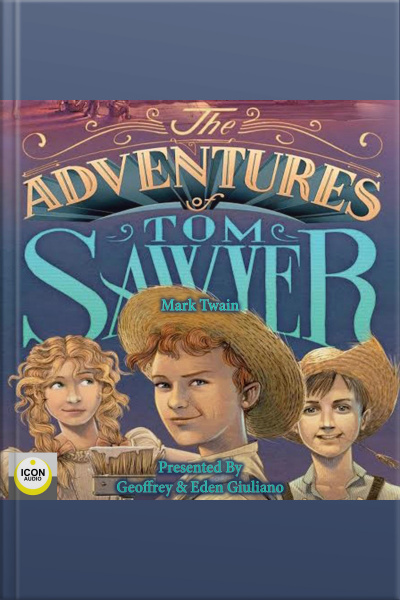 The Adventures Of Tom Sawyer

The Adventures of Tom Sawyer is an1876 novel by Mark Twain about a young boy growing up along the Mississippi River. It is set in the 1840s in the fictional town of St. Petersburg, inspired by Hannibal, Missouri, where Twain lived as a boy. In the novel Sawyer has several adventures, often with his friend Huckleberry Finn. Originally a commercial failure, the book ended up being the best selling of any of Twain's works during his lifetime.
Edited by Macc Kay
Production executive Avalon Giuliano
ICON Intern Eden Giuliano
Music By AudioNautix With Their Kind Permission
©2020 Eden Garret Giuliano (P) Eden Garret Giuliano
Geoffrey Giuliano is the author of over thirty internationally bestselling biographies, including the London Sunday Times bestseller Blackbird: The Life and Times of Paul McCartney and Dark Horse: The Private Life of George Harrison. He can be heard on the Westwood One Radio Network and has written and produced over seven hundred original spoken-word albums and video documentaries on various aspects of popular culture. He is also a well known movie actor.