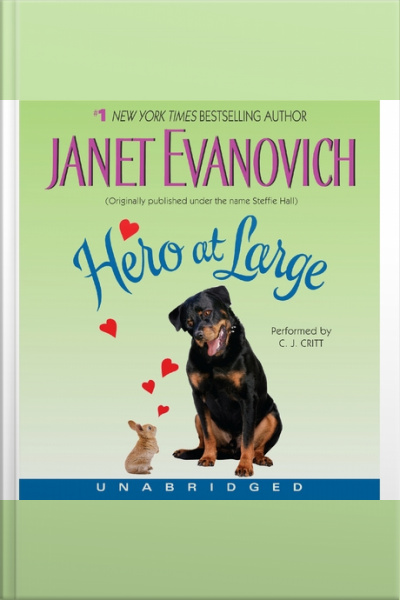 In a previous life, before the time of Plum, I wrote twelve short romance novels. Red-hot screwball comedies, each and every one of them. The romances were originally published between the years 1988 and 1992. All immediately went out of print and could be found only at used bookstores and yard sales.

I'm happy to tell you that those stories have now been re-released by HarperCollins, presented in almost original form. I've done only minor editing to correct some embarrassing bloopers missed the first time around.

Hero at Large was the very first book published. It's about a sexy guy who cooks a potholder in spaghetti sauce and charms a single mom and former world-class ice skater with the promise of a ride on his Zamboni. It's got broken bones, giant turkeys, cantankerous cars, and Aunt Edna.

This was the book that changed my life forever and made me a published author. When Hero finally reached the bookstores, I was almost arrested for loitering in Walden's. I stationed myself in the romance section and wouldn't leave until I saw someone buy my book. It took three days!