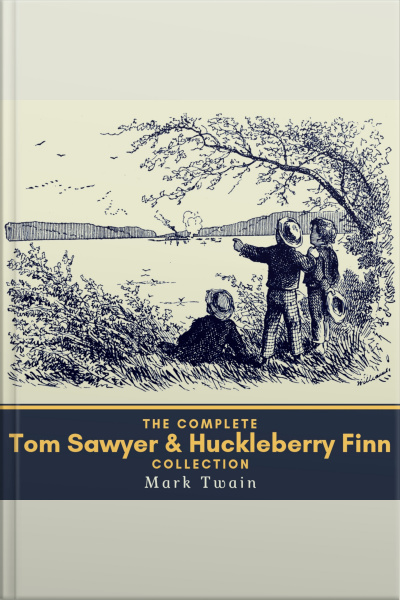 This is the complete Tom Sawyer & Huckleberry Finn audio collection of the 4 original stories written by Mark Twain.
"The Adventures of Tom Sawyer" by Mark Twain is an 1876 novel about a young boy growing up along the Mississippi River. It is set in the 1840s in the fictional town of St. Petersburg, inspired by Hannibal, Missouri, where Twain lived as a boy. In the novel Tom Sawyer has several adventures, often with his friend, Huck. One such adventure, Tom's whitewashing of a fence, has been adapted into paintings and referenced in other pieces of popular culture. Originally a commercial failure the book ended up being the best selling of any of Twain's works during his lifetime.
Included in this collection:
1. The Adventures of Tom Sawyer (1876)
2. The Adventures of Huckleberry Finn (1884)
3. Tom Sawyer Abroad (1894)
4. Tom Sawyer, Detective (1896)