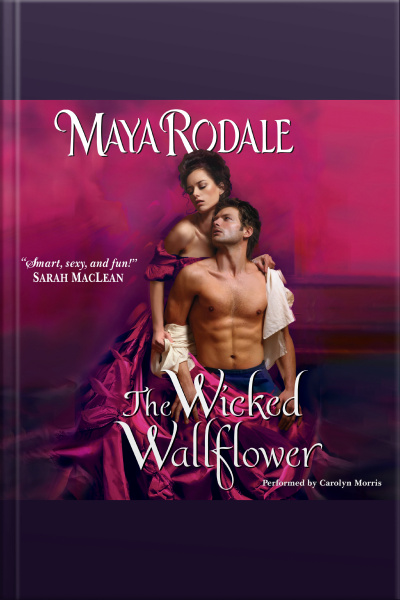 Maya Rodale's captivating new series introduces London's Least Likely—three wallflowers who are about to become the toast of the ton . . .

Lady Emma Avery has accidentally announced her engagement—to the most eligible man in England. As soon as it's discovered that Emma has never actually met the infamously attractive Duke of Ashbrooke, she'll no longer be a wallflower; she'll be a laughingstock. And then Ashbrooke does something Emma never expected. He plays along with her charade.

A temporary betrothal to the irreproachable Lady Avery could be just the thing to repair Ashbrooke's tattered reputation. Seducing her is simply a bonus. And then Emma does what he never expected: she refuses his advances. It's unprecedented. Inconceivable. Quite damnably alluring.

London's Least Likely to Misbehave has aroused the curiosity—among other things—of London's most notorious rogue. Now nothing will suffice but to uncover Emma's wanton side and prove there's nothing so satisfying as two perfect strangers . . . being perfectly scandalous together.